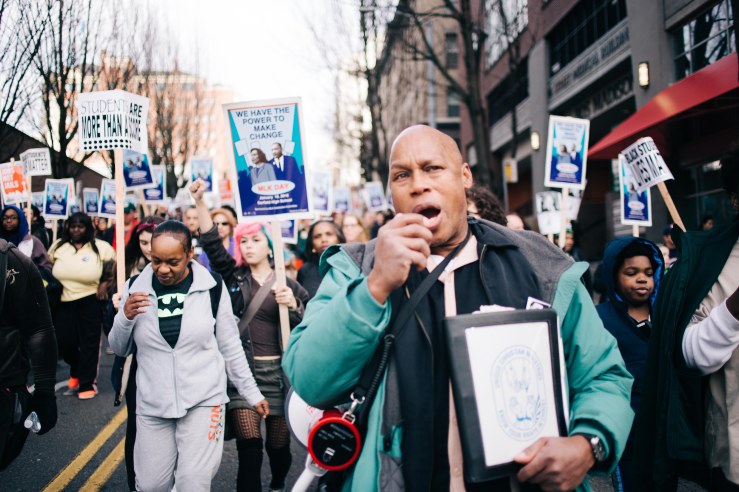 In Seattle, Martin Luther King Day bands people together in a manner that I rarely see in our self-proclaimed “introverted” city. The group vigor of the marches surpasses the enthusiasm I have observed in Seattle in any other context. This year I asked a number of attendees what they would like to see tangibly change by this day next year.

Dan Chicoli –  “If one thing were to substantially change by next Martin Luther King Day, I think we should implement very strong citizen oversight over the police force. This killing with impunity, with absolutely no consequences, it seems to be getting worse, although it’s always been back. It’s outrageous. When people think of black violence, there are a lot of issues that pertains to but police brutality is just out of control in this country and I think most people seem to agree.” 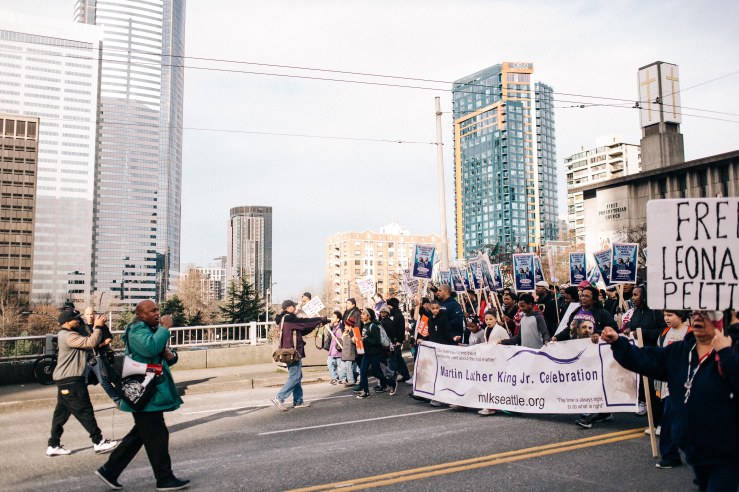 “Monica Washington – I would say more accountability all around. Law makers, schools, the way we teach, the way we structure our systems, there is no accountability. It’s like the people who set it all up have an agenda and no one holds them accountable for their agenda, but they package it all up to look like it’s something that it’s not. To see this happening in the justice system is unfortunate because it is supposed to be a sort of moral center and we see that it isn’t and people around the world see it that we don’t practice what we preach in this country.”

“Aramis Hamer – I would like to see more accountability, especially in our justice system. If you obviously have things on camera that show that black boys are being murdered and policemen are walking free, that’s a major issue. And what’s sad is that it’s been going on for years, before iphones and cameras put it in our faces and made it more obvious, but not it’s just a slap in the face the way that people don’t seem to care. So, whatever law structure and literature is letting murderers walk free, that needs to be changed.” 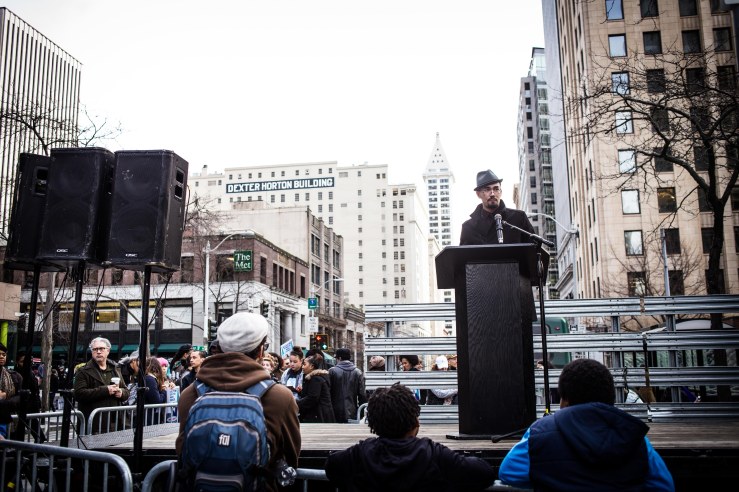 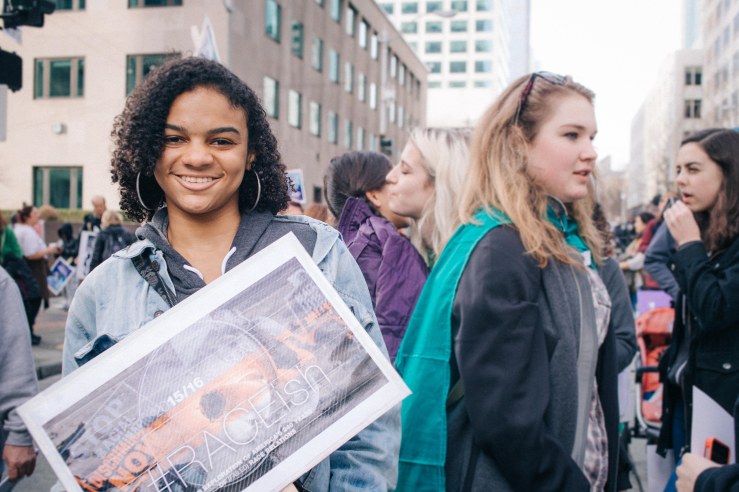 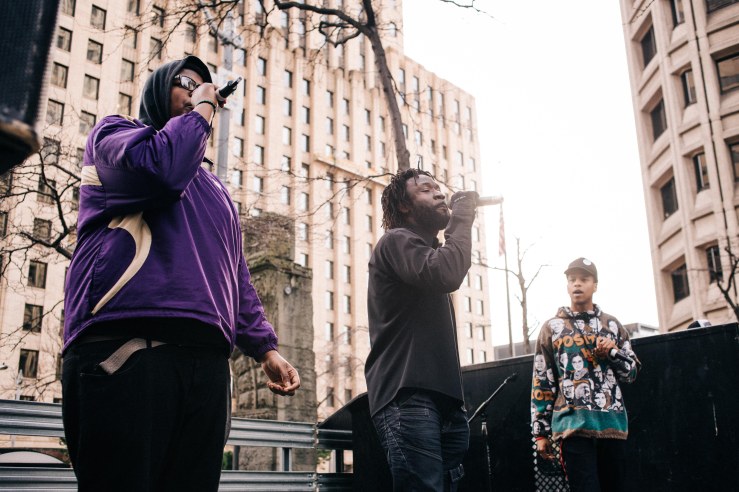 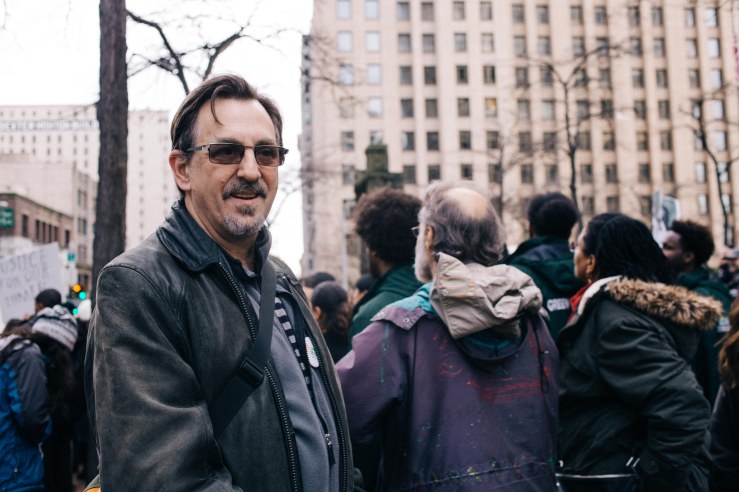 Jeff Chrisman – “I think the most significant thing that could happen would be electing Bernie Sanders. He is directly in line with Martin Luther King’s philosophy, and what we’re lacking in our recognition of Dr. King has to do with economic justice and I think electing someone like Sanders would be huge for Black Lives Matter, and for every movement you can think of that’s current, he’s on top of it.”

“Blin Mohamed – I want there to be an end to racism in sight and for us all to stop Islamaphobia.”

” Win – I hope that people begin to treat each other more equally no matter what race they are.” 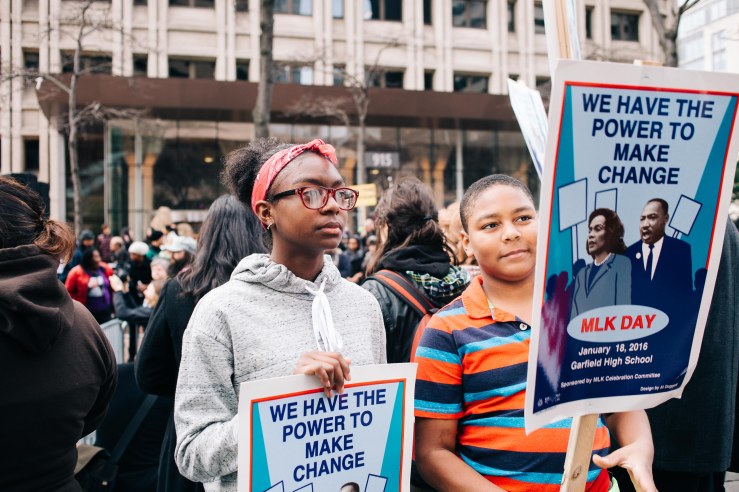 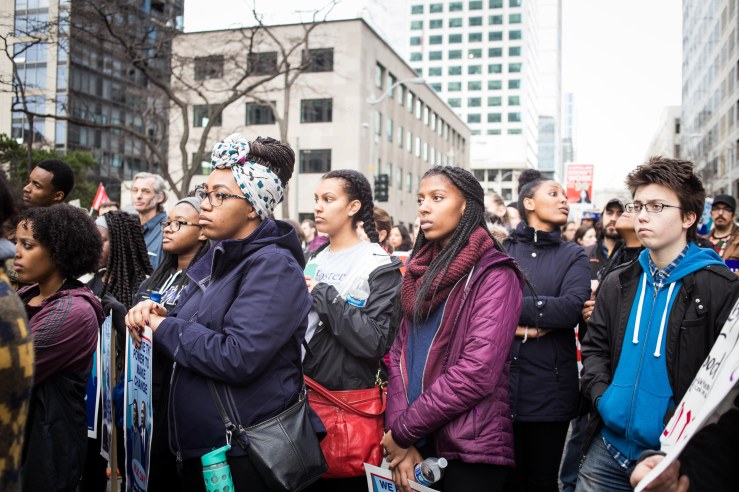